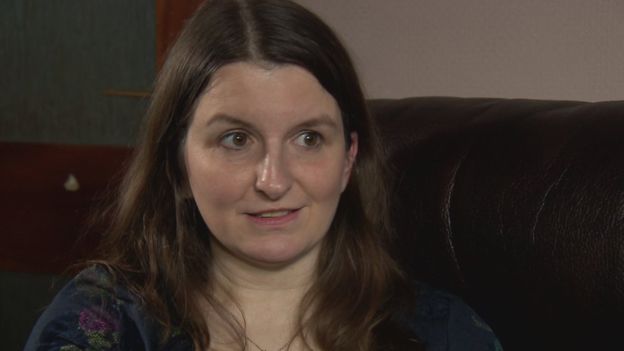 Alison Maclaine fears some children are being misdiagnosed with autism and mental health issues when they are really suffering an infection which can be treated simply with antibiotics.

Her eight-year-old son Jack suffered distressing personality changes and “lost a year of his life”. And she said she was left “in despair” that she and her family had “no quality of life”.

Now Alison believes he was suffering from Paediatric Acute-onset Neuropsychiatric Syndrome (PANDAS), triggered by a streptococcal infection – a condition that can be treated with simple antibiotics and anti-inflammatories.

Jack went to bed one Friday in January last year, looking forward to a football tournament he was playing in the next day.But on arrival at the venue on Saturday morning he became overwhelmed with anxiety. After several attempts, he was unable to enter the building. At home in Dumfries, Alison realised something was very wrong.

“That eventually led to ‘I don’t deserve to live, when I get home I am just going to sit outside until I freeze to death’.”

When it came to bedtime, Jack refused to have covers and pillows and started to repeat that he needed to die, until he fell asleep.

Alison said: “One of the worst things in the world must be listening to your child telling you he wanted to die and asking you to help him.”

According to the charity PANS PANDAS UK, PANS (Paediatric Acute-onset Neuropsychiatric Syndrome) is a neuropsychiatric condition which is triggered by a misdirected immune response which results in an inflammation of a child’s brain.

PANDAS is a subset of PANS, triggered by a misdirected immune response to a streptococcal infection which results in an inflammation of a child’s brain.

Happening very quickly, this can cause a child to exhibit symptoms including anxiety, aggressive behaviour, depression, clumsiness, insomnia and the onset of obsessive-compulsive disorder.

It was first recognised in the United States in 1998 where PANS PANDAS charities estimate as many as one in 200 children could be affected.

In 2018, the World Health Organisation recognised the condition, but in the UK it is not widely known.

There is no clear test for the condition so doctors often have to rule out psychiatric conditions. The immediate response to antibiotic or anti-inflammatory treatment is often what confirms the condition.

The charity PANS PANDAS UK said a failure to understand the condition in the UK means that children are regularly wrongly referred to Child and Adolescent Mental Health Services (CAMHS).

Jack then became aggressive and withdrew from his beloved younger sister Cara. He would become irritable and angry and started to regress, playing with baby toys.

Over the next several months he was repeatedly diagnosed as having autism and severe anxiety.But Alison, herself a psychiatrist, disagreed.She said: “It got to the point where I really felt absolute despair.

That despair led to Alison doing her own research and the discovery of PANS and PANDAS.

Alison said reading the symptoms was like reading a description of her son and his behavioural changes. Jack was finally diagnosed privately by a consultant paediatrician in England and treated with simple antibiotics. They worked overnight and Alison had her son back.

« How shops sign away the self-worth of disabled people
‘This is another crack in the glass ceiling’: RSC casts disabled actors in new season »