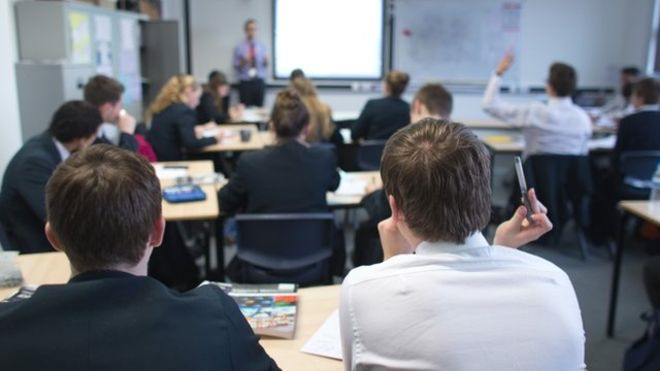 The education select committee warns of a “Wild West” approach to the education provided for pupils who have been excluded from school.

There were also concerns about schools removing pupils to boost their position in league tables.

Committee chair Robert Halfon warned of too many “forgotten children”.

He said schools showed a “lack of moral accountability” in what happened to pupils after they had been moved out of mainstream lessons.

The report raises concerns about the excessive use of both formal and informal exclusions.

It warned of so-called “off-rolling”, in which difficult pupils were taken off a school’s register and moved to another setting, such as a pupil referral unit or home education.

The MPs were told that this could be driven by schools wanting to have better exam statistics in performance tables.

But there were concerns that once pupils had been moved away from school, there was too little scrutiny of the quality of lessons.