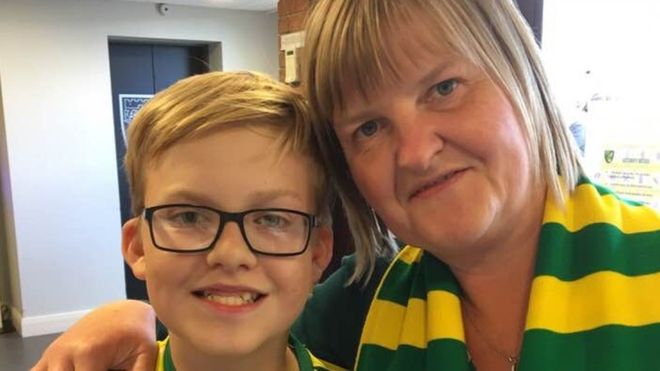 Only 30.6% achieve a GCSE strong pass – Grade 5 or above – in both English and maths, compared with 48.3% of children with no special educational needs.

And 57% fail to reach expected levels in reading, writing and maths in SATs tests at the end of primary, compared with 26% of children with no SEN.

Its analysis of government data suggests the average Attainment 8 score (how well pupils do across eight core subjects) for deaf children was 39.2 – but for those with no SEN, the average was 49.8.

Ann Jillings, from Lowestoft, in Suffolk, says the only reason her 12-year-old deaf son, Daniel, is not falling behind at school is because the family has fought hard for additional support.

“Sometimes I’ve been quite dogged in making sure that Daniel’s [education, health and care] plan reflected what he needed – it takes a certain amount of stubbornness and perseverance to navigate the system,” she says.

“I can see my child is very able – he wants to go to university – and I’ve vowed there’s no way I’m going to let him be let down by the system.

“But I do fear for about what happens to the children whose parents aren’t as well informed or who don’t have the ability to fight so hard for their children.”

Ann says making sure Daniel doesn’t slip behind his classmates at his mainstream school is a constant worry.

“We can never take our eye off the ball,” she says.

“Even though something’s in the education plan, we always have to make sure it’s being delivered.

“Why should there be a ceiling on their potential just because they’re deaf?

“Deaf children have the same potential as their peers and it’s a crying shame if they don’t achieve that – it’s their long-term employment, it’s not just now, it’s their whole lifetime.”