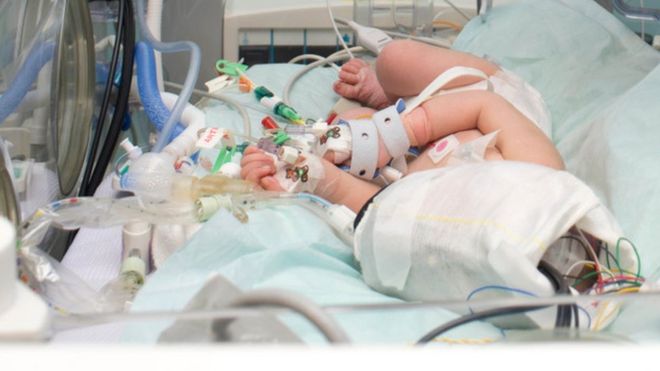 The team at University College London has developed a device which shines light into the brain to monitor oxygen and energy levels.

A clinical trial of the technology is now planned.

According to the National Neonatal Database, around three in 1,000 babies born in England suffer brain injury at or soon after birth, due to lack of oxygen during delivery.

While many affected newborns recover, more than half develop disabilities, and one in 10 dies.

Early detection and treatment of brain injury could help doctors work out whether treatments are working and predict the severity of injury.

Until now, doctors have often had to wait several days before newborn babies are stable enough to undergo an MRI scan to look for brain injury.

« ‘Actors don’t black up, so why do they still crip up?’
Thousands of autistic girls and women ‘going undiagnosed’ due to gender bias »